Sandy Island Travel Bureau (2014) presents Sandy Island, a sizeable landmass believe to be located in the Coral Sea, as a viable travel destination. Despite its presence on maps for over a century, Sandy Island was recently proven to have never existed and ostensibly erased from all contemporary satellite maps. All information and imagery depicted in this installation is drawn from Google Earth imagery and data, historical records, and current geological and meteorological data. 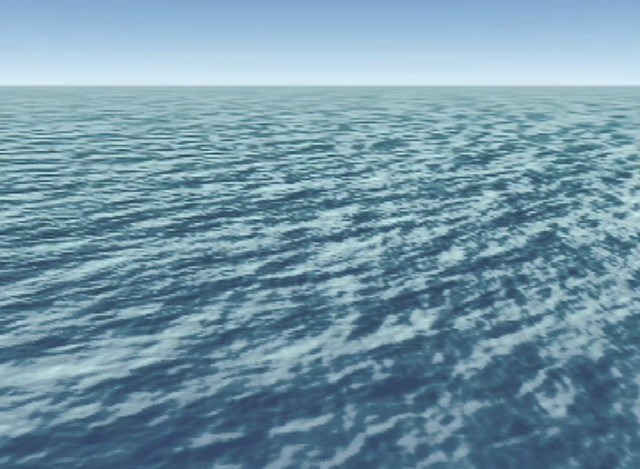 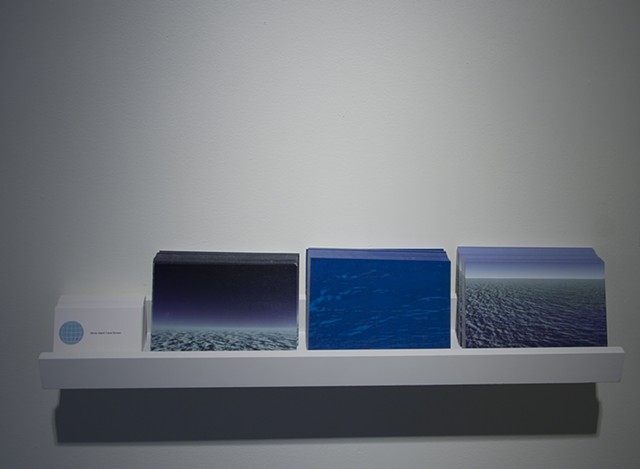 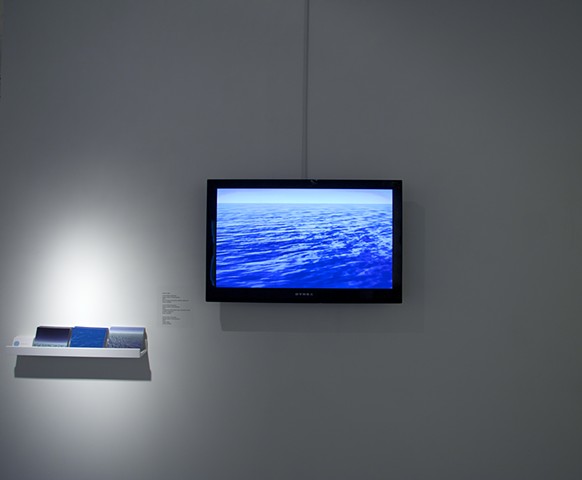 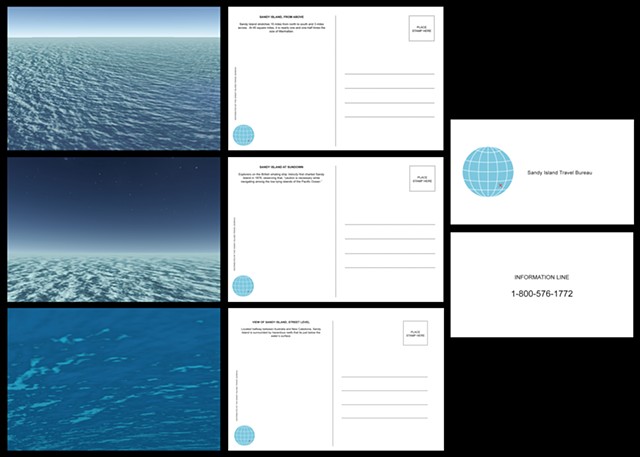 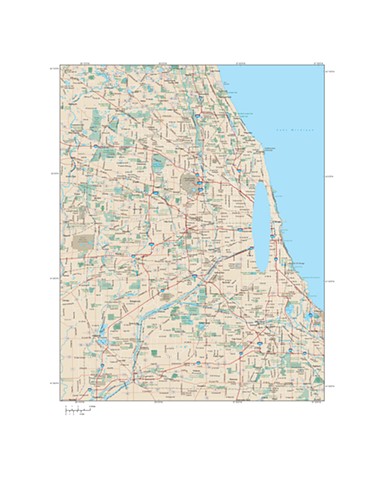