Going Nowhere With Polar Seltzer imagines an absurd expedition to Sandy Island, a phantom island in the South Pacific depicted on traditional and virtual maps until 2012, when it was discovered to have never existed, and was erased from Google Earth. This installation features an inflatable boat overflowing with seemingly useless store-bought frivolities. Much of the chaotic pile of impractical supplies, which includes cases of canned seltzer, travel hairdryers, candy, Ethernet cables, vitamins, and air freshener, to name a few, suggests the popular imagination of nautical exploration, and renders the boat unable to float. On a portable dvd player on the top of the pile, a looped animation depicts the desktop of personal computer, featuring an oceanic landscape as the desktop wallpaper and a large number of file icons clustered to reference a landmass surrounded by water. As the video progresses, the “island” slowly disappears into a file labeled “Nowhere”, referencing the cartographic erasure of Sandy Island. 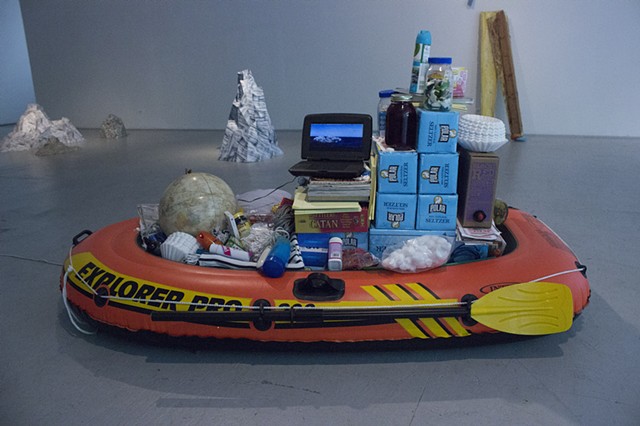 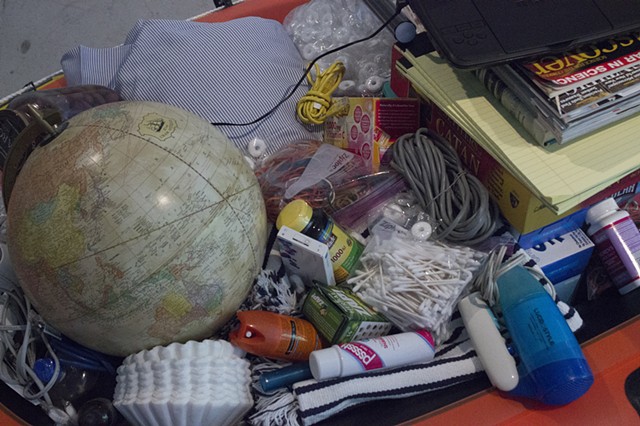 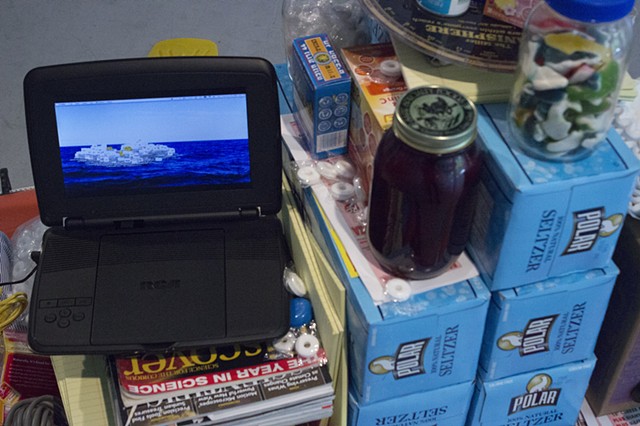 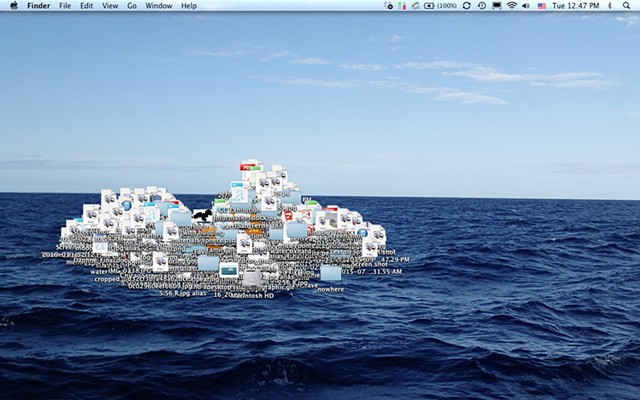 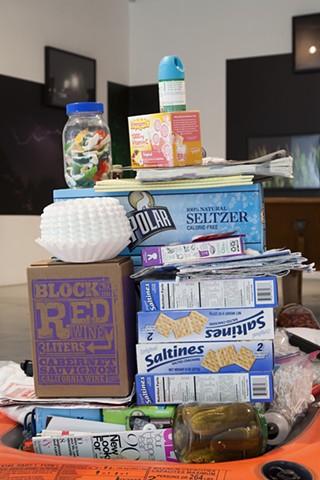 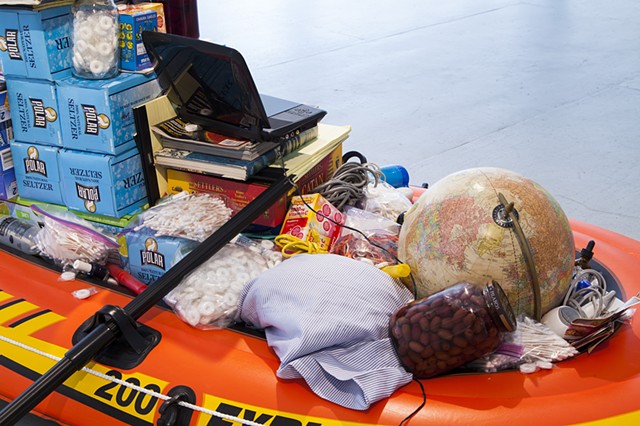 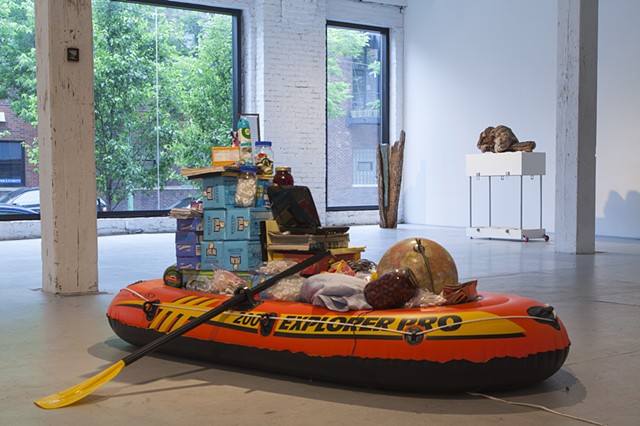